The Belfast Free Library is dedicated to helping individuals of all ages pursue independent learning by providing access to timely and useful information in all formats.

In 1800, the Belfast Library Society was established, with 39 charter members, each paying an admission fee of $2.00. Reverend Ebenezar Price was instrumental in organizing the Society and served as the first Librarian. Initially, Rev. Price kept the books in his house. Later they were kept in the James Nesmith store. Income for the first year was $110.00, most of which was spent for 78 new volumes. Although the Society lasted until the 1830’s, its organizational structure dissolved in 1815.

In 1824, Gazette publishers, Fellows and Simpson, started a circulating library of 200 volumes at their bookstore. They were succeeded by Noyes P. Howes in 1829.

In the 1880’s, two Belfast residents, Paul Hazeltine and Nathanial Wilson, left to the city of Belfast, funds for the establishment of a library and for use in educational endeavors. Those bequests were combined and on February 3, 1887, the Maine State Legislature established the Belfast Free Library. Of the $20,000.00, $1,000.00 bought the site of the Robert Miller homestead. J. Munchwitz of New York developed the plans and building was constructed by James Pottle for $8,775.00. The Wilson Fund bequest added another $32,000.00 for the advancement of the Library.

Five trustees were selected in 1887 and the Library opened in May of 1888, with a collection of 14,000 volumes and Miss Elizabeth Pond as Librarian. In 1898, a branch library was opened at City Point, but it lasted only three years.

Ever since its establishment, foresighted members of the community have provided the funds needed to meet the changing needs of the Belfast community: the Gammans Room was added in 1932, the third floor Special Collections in 1977, and the Abbott Auditorium in 1985.

In June of 2000, after undergoing a construction project that lasted nearly 18 months, we proudly opened the doors to the newly renovated Belfast Free Library. Launched with a matching grant from MBNA, the building campaign raised more than 2.6 million dollars. Over 1000 individuals contributed to the campaign, as well as the City of Belfast, numerous foundations and businesses. A cramped, outdated facility was changed into a spacious structure that has successfully blended the grand old architecture of the original building with a new modern addition. 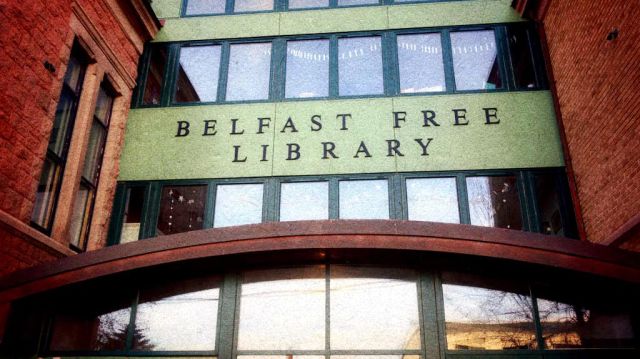 The Library expansion has more than doubled the usable library space, allowing for:

The expansion provides space for 20 new computers, seating in the collection areas for 109, a specially designed area for children’s programming and space for community programs in the new Abbott Room, which can comfortably seat 100 for performances. There is another small conference room on the Third Floor that seats 25 and the Porter Literacy Room on the Ground Floor allows space for literacy tutors to meet with their students.

Respect for, and preservation of, the historic integrity of the original Library and the Gammans Room addition were of paramount importance in building the new Library. The external design focuses attention on the century-old structure and none of the rooms in the original Library or Gammans Room Wing were physically changed. At the same time, the new interior design provides easy management and access to all areas. 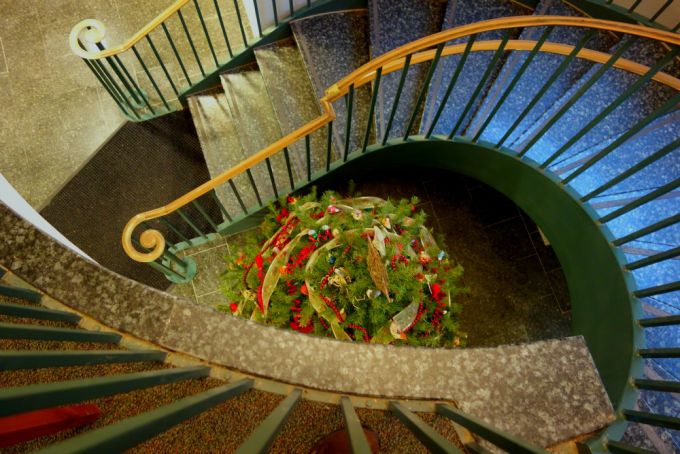 The Barbara Kramer Gallery at the Belfast Free Library, located on the ground floor, was named in memory of Barbara Kramer who was an ardent supporter of the visual arts in the Midcoast area in the 1980s until her death in 1998. When the library was undergoing a significant expansion in the late 1990s, a group of area residents with the encouragement of the Library Board of Trustees raised funds to create this special exhibition space where art and or other materials relating to the history of the library or Belfast can be displayed.